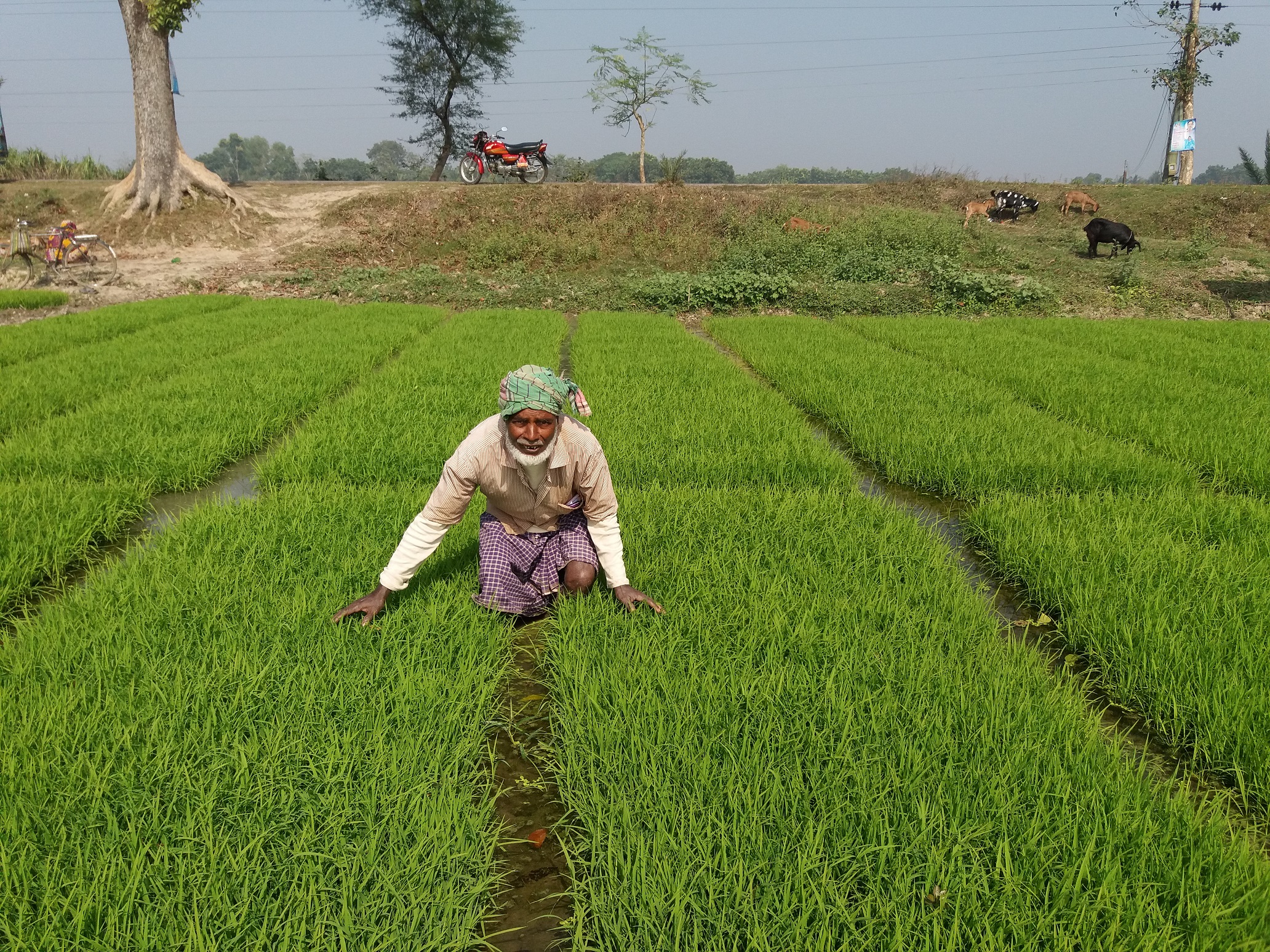 To promote awareness about raising healthy rice seedlings, CSISA developed a dynamic solution – it introduced seedbed technology, an innovative technique for raising seedlings. Rice farmers in Bangladesh have long employed traditional methods to grow transplanted rice. They often use inferior quality seed and high seed rates that negatively affect the quality of seedlings. These seeds are susceptible to disease and contribute to lower yields. To reduce the yield gap, CSISA began raising awareness about healthy seedlings by promoting the use of seedbed technology.

CSISA developed a short 10-minute farmer-friendly video in Bangladesh on practices for raising healthy rice seedlings in the 2016–17 winter Boro and summer Aman seasons. It partnered with a national NGO, the Agricultural Advisory Society, to carry out 498 video showings during the 2016–17 winter season and at 265 events during the 2017 summer season for farmers in open-air public gathering places, community centers and markets across Jessore and Faridpur Hubs. A total of 37,117 viewers were registered in the winter season and 17,736 in the summer season. Taking into account unregistered audience members, the total number of farmer/viewers was estimated at approximately 110,000 across both seasons.

Informative booklets on the subject were developed and distributed by CSISA to 1,500 field-level master trainers of the Department of Agricultural Extension (DAE) and 33,000 farmers through 3,000 input dealers in the Feed the Future zone. In total, 612 block-level DAE staff and 80 NGO field workers were trained on healthy rice seedling raising practices.

Through CSISA’s initiatives, 41 entrepreneurs who were already running seedling businesses and six new entrepreneurs were trained on advanced healthy rice seedling agronomy and business management skills. In winter 2016-17, 95 community-based seedbeds were established across Jessore, Faridpur and Barisal Hubs by 1,092 farmers working with DAE and NGO partners.

However, funding shortfalls forced the suspension of these activities starting in the 2017–18 winter Boro rice season. CSISA conducted a follow-up survey of farmers, which revealed that farmers who had previously watched the videos had continued to adopt healthy rice seedling practices this year, even without CSISA’s intervention.

Survey results indicated that of the 17,736 farmers who viewed the video shown by CSISA and partners prior to the 2017 summer season, 51% continued to use healthy rice seedling practices to grow their crops in the 2017–18 winter season. The average size of plots where healthy rice seedlings were transplanted was 0.52 ha, indicating sustained adoption on more than 4,704 hectares in the Feed the Future zone.

CSISA-driven initiatives using videos and booklets have been tremendously impactful, as evidenced by the number of farmers who retained the core messages and continued to apply healthy rice seedling practices long after they viewed the video.