Seasonal scarcity of agricultural labor is one of the biggest challenges to the viability and profitability of agriculture in South Asia. This is especially true for rice farmers whose primary method of crop establishment is transplanting rice seedlings into fields that have been repeatedly tilled. Labor constraints mean sowing and transplanting are often delayed, resulting in yield losses. “Despite offering a package of lunch, snacks, dinner and US$ 4 per day, we cannot find many takers,” says Bhabhisara Giri, a farmer from Bardiya district in Nepal.

The conventional practice is both cost and time intensive with farmers generally spending more than US$ 100 per hectare for wet tillage land preparation and manual transplanting. It also harms the environment, requiring a considerable amount of water and energy in the form of tractor fuel. Additionally, research conducted by CSISA shows that puddling degrades soil quality and causes adverse effects on successive winter crops.

Machine-sown dry direct seeded rice (DSR) on the other hand is a modern agricultural technology that allows rice seeds to be sown directly into non-puddled fields, foregoing the need to raise rice nurseries and transplant seedlings. DSR generally requires one or two passes of the machine and can also be practiced under zero-tillage, offering considerable time, cost and energy savings for farmers. As Kharka Pun, a farmer from Nepal’s Banke district who recently purchased a seed-cum-fertilizer drill points out, “For the first time in 20 years I didn’t have to puddle my field, prepare seedbeds or transplant seedlings.”

Despite these significant advantages, DSR’s uptake has been slow in Bangladesh and Nepal due, in part, to the fact that few farmers and service providers own seed drills. This scenario is changing through CSISA’s Mechanization and Irrigation (MI) programs that focus on improving accessibility and affordability of farm machines like seed drills.

In Bangladesh, CSISA-MI’s efforts have led to the commercialization of scale-appropriate seeders for the two-wheel tractor. More than 900 seeders have been sold by private sector partners since October, 2015. These efforts have received an additional boost from the Bangladeshi Government’s recent endorsement of policy priorities to expand semi-rainfed rice cultivation in the pre-monsoon season in response to mounting concerns over availability of irrigation water. CSISA estimates that approximately 101,000 hectares of conventionally transplanted pre-monsoon rice could be brought under DSR in the districts of Dinajpur and Jessore, where more than 400 two-wheel tractor-based direct sowing machines are in use by service providers and another 500 units are being imported by the project’s private sector partners.

In Nepal, to strengthen the value chain for DSR, CSISA has facilitated linkages between District Agriculture Development Offices, local machinery suppliers and service providers leading to the establishment of DSR on more than 200 hectares in the districts of Rupandehi and Nawalparasi this year. The technology is already becoming popular in the Mid-West districts of Banke and Bardiya where 105 hectares were brought under DSR during the monsoon season, a 90 percent increase over last year. 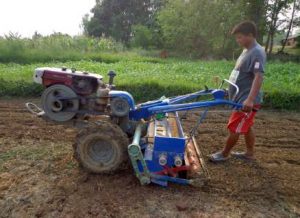 According to Anil Khadka, CIMMYT Research Associate, “Besides the ready availability of machinery, the success of DSR also depends on good crop establishment and proper weed control, which are often difficult in the monsoon season due to unpredictable rainfall patterns.” The selection of suitable land, deployment of trained service providers, timely crop establishment and utilization of integrated weed management practices are pivotal for reliably obtaining good yields with DSR.

For a technology that is drastically different from conventional practices, however, its success ultimately depends on a critical mass of first adopters. In Bangladesh’s Narail and Jhenaidah districts, CSISA’s demonstrations have motivated a group of 20 marginal farmers to become ambassadors for DSR, encouraging fellow farmers and working with DAE agents to promote pre-monsoon rice. CSISA also produced a radio jingle to spread awareness of the benefits of DSR in Western, Mid-Western and Far Western Terai districts of Nepal. The jingle was aired on popular FM radio stations at the start of the Kharif season for about three weeks with the name and contact number of service providers. These service providers have since confirmed receiving numerous phone calls from different parts of their districts. 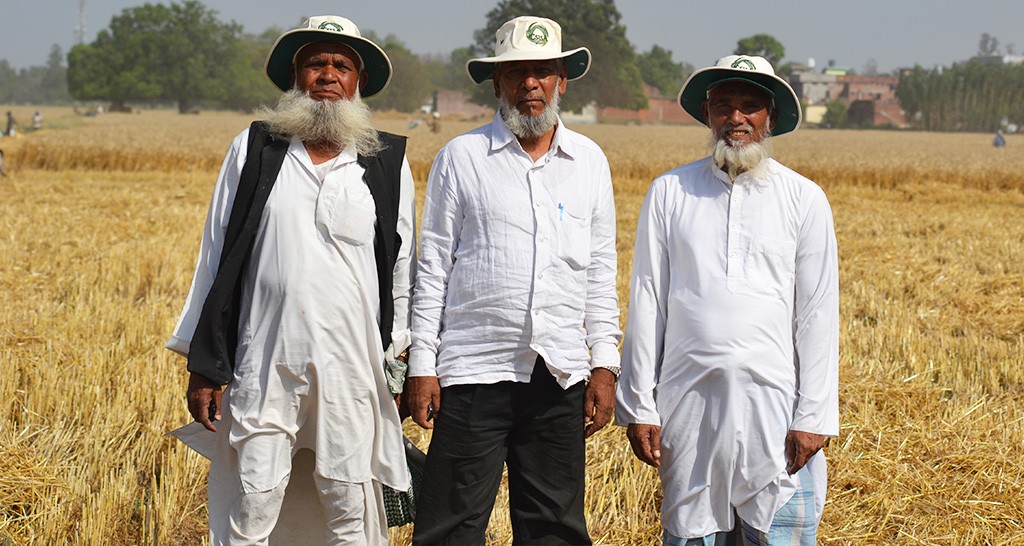 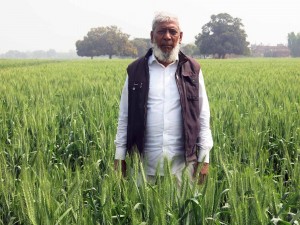 CSISA has collaborated with a women farmers’ group in Bardiya district to collectively evaluate improved rice and lentil varieties and better bet agronomic practices. These trials have helped bring CSISA researchers closer to farmers’ needs and have led to increased adoption of new technologies by women farmers.

Loktantrik Mahila Krishak Samuha (Democratic Women Farmer Group) was formed in 2011 in the village of Neulapur in Bardiya district of Nepal to economically support poor women members and to improve their skills in new agricultural technologies. The group, with 33 active members, now has a savings fund of NRs 250,000 (US$ 2,500), and is able to make low-interest loans to members. Since 2013, CSISA-NP has been working with this group on research activities, trainings and demonstrations.

Group members participated in CSISA’s evaluation of rice varieties, as well as trainings and demonstrations on rice production technologies and crop establishment methods. Among rice hybrids, the group members were able to choose from varieties such as DY 18, DY 69, Arieja and Prithivi due to their high yielding potential and fine grain quality. The women group members expressed a preference for fine grain rice varieties for home consumption and coarse grain varieties for selling in the market.

In the winter of 2013 and 2014, a large number of farmers from the group also participated in adaptive research trials on lentil varietal selection and different agronomic practices. The group preferred Khajura 2 (released), ILL 7723 (enriched with iron and zinc) and Black Masuro, but did not express a preference for the other varieties produced. The average yield of improved varieties of lentil is 1,200 kg per hectare in farmers’ fields, which is nearly 50 percent higher than the commonly used variety.  The group members also earned additional income by selling lentil seeds, which were produced from these new varieties.